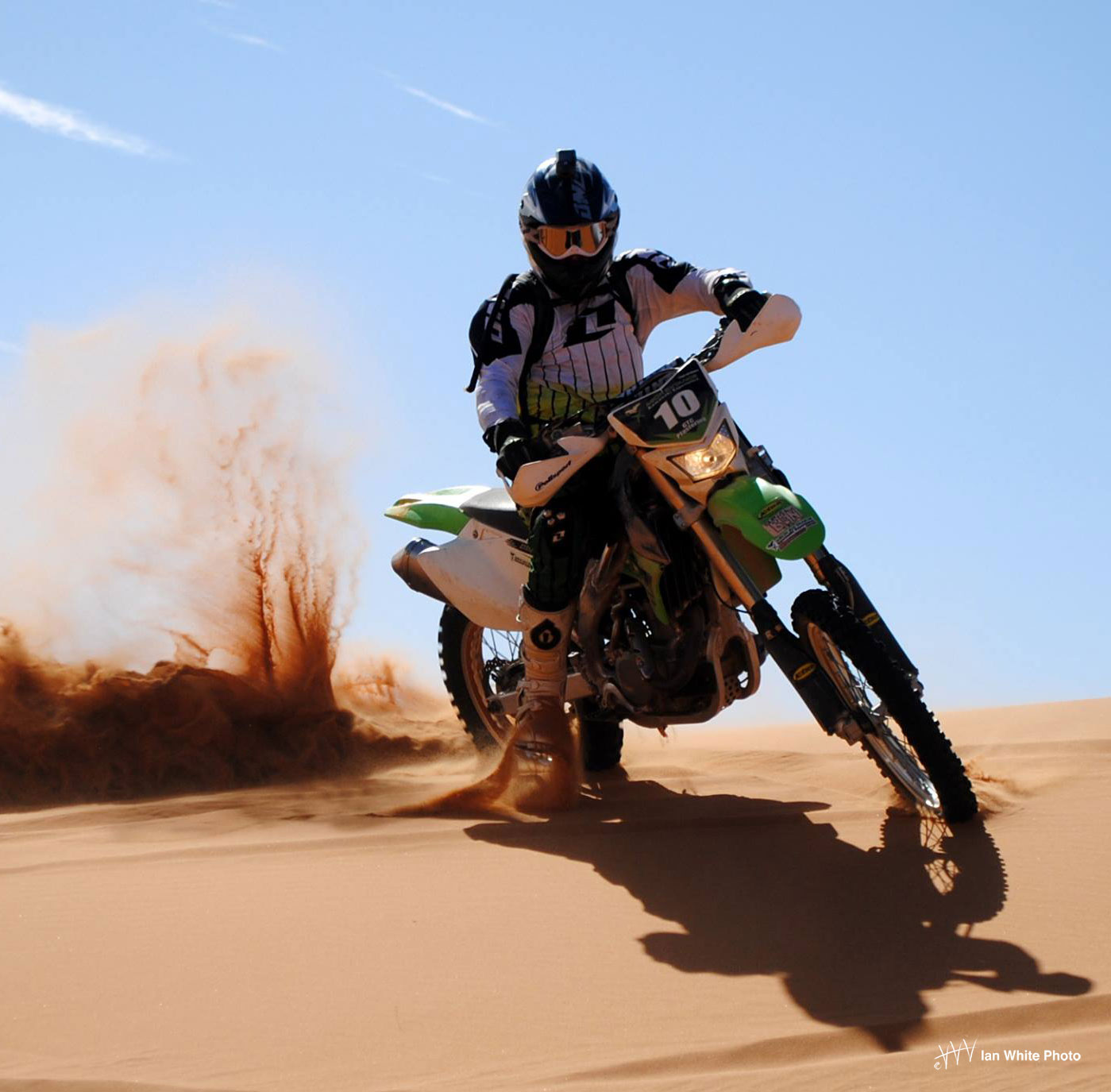 Mick has been around motorcycles all his life, his father a keen grass track scrambler was also a founder member of Poole speedway in Dorset, Mick was destined to be involved in the off road world.

After working as a paperboy and with help from his parents, at fifteen, Mick bought his first motorbike and competed in his first trial, which he won. That race laid down the foundations for what was to become be a very successful, competitive motorcycle rider.

Mick decided to leave the motorcycle world behind for a while and focused on another sport, still with two wheels he began competing around the UK in the Downhill Mountain Biking championships. Once again he became very successful and raced at World level, becoming the twelfth best downhill mountain bike rider in the World. The one race that had always been in the back of his mind was the Paris Dakar Rally. Whilst sitting in the pub at seventeen watching clips on the television, he vowed to his best friend that one day he would compete in that rally.

In 2000 he decided to race the European Enduros, he had taken a year out of the sporting world but decided to have a go and see if he still had it in him. He won the championship at Veteran level and again the Dakar Rally sprang back into his head. With the help of local sponsors, media, family and some begging, stealing and borrowing, in December 2001, Mick was on the start line for his first Dakar.

With no idea of the navigation system, a bike that had been thrown together in less than six weeks and very little preparation, Mick set off. Unfortunately Mick was out by rest day due to technical faults on his bike but came back to the UK determined to enter again.

Mick has entered seven Dakar Rallies in total, finishing five and has been the most successful British Competitor on a motorcycle. His knowledge and experience speaks for itself and this makes him the perfect instructor for your off road experience.